The Lake George Music Festival was launched in 2011 by 30 volunteers and has grown, with NYSCA support since 2014, into a regional force. It has attracted international musicians, local audiences and a burgeoning number of tourists to the Adirondack village that was once a summer retreat and artistic inspiration for painter Georgia O’Keefe, photographer Alfred Stieglitz and composer Samuel Barber.

LGMF founder and CEO Alexander Lombard says the event has two main objectives: offering a stimulating, collaborative experience for its musicians — professors, students, alumni and professional musicians from orchestras and conservatories in the U.S. and abroad — and an inclusive environment for the community.

Each summer, some 80 musicians, composers and recording engineers are hosted by local families and meet daily to share ideas, practice and rehearse. The hub is St. James’ Church in the village center, where LGMF has its office, serves meals and holds rehearsals, which are open to the public. 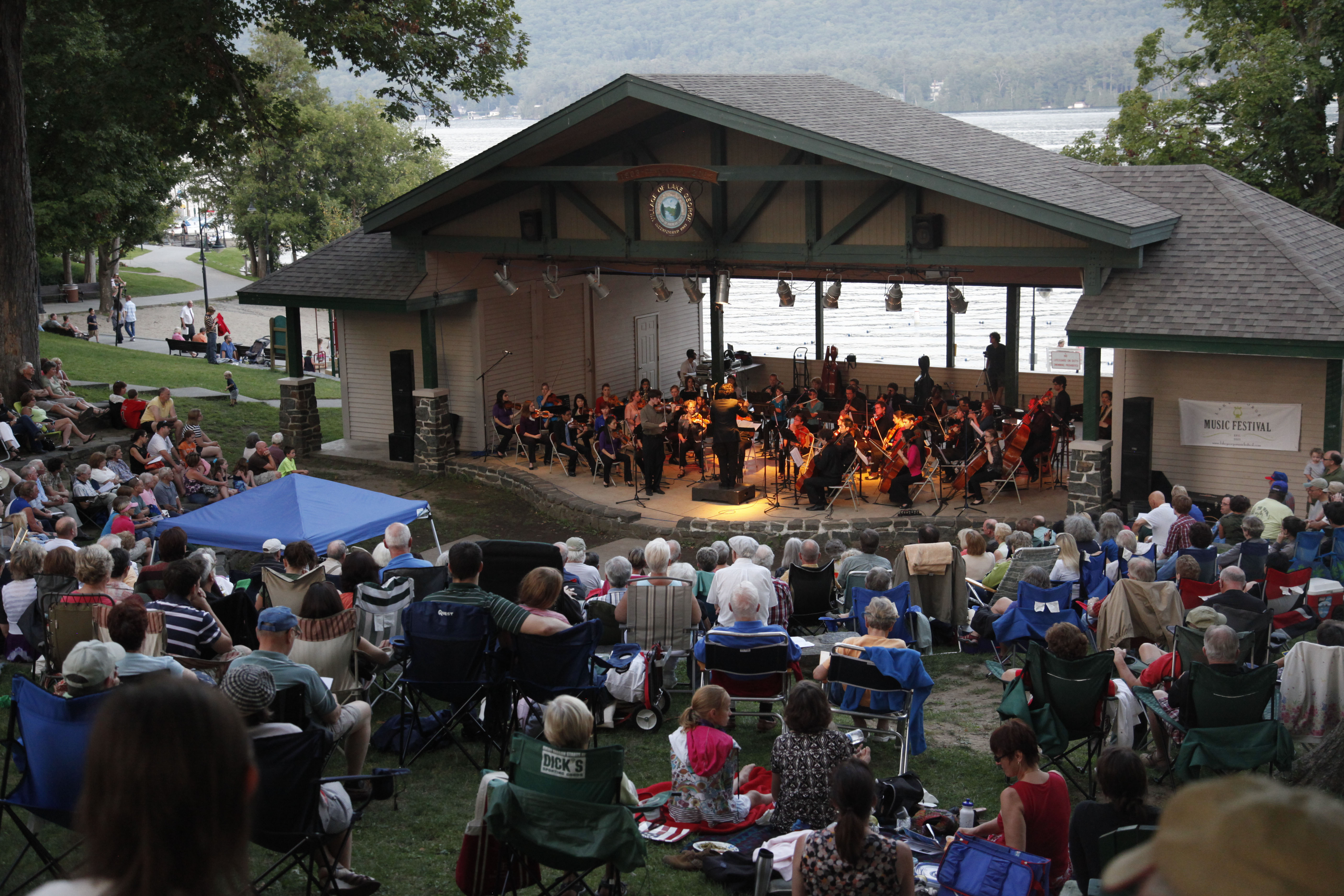 Lombard has made headlines for engaging the community, in particular through a program called Art Attacks! In these unannounced events, formally dressed musicians abruptly appear and play on downtown streets.

“It’s part of our broader mission to reach people who may be hesitant to come to a formal concert,” Lombard says. “We said, ‘We won't wait around for people to come for a formal performance. We’ll bring it to them.”

The impromptu shows have no published schedule and feature a rotating ensemble. “We show up and attack. We find a place like a coffee shop and start playing. People really don’t expect it,” he said, Hopefully they’ll say, “‘That’s cool. Let’s head out to a concert.’”

Even if they don't buy tickets immediately, the attacks enable LGMF to build brand awareness. The organization’s long-term growth, organizers say, has undoubtedly been helped by these person-to-person encounters.

Musicians hold one or two Art Attacks each day during the Festival, which runs for two weeks in August.

A program called LGMFG Uncorked pairs music with wine and cheese tastings and perhaps a meet and greed with a guest conductor or a lecture. People may be more easily drawn to an event — especially an event with food — versus a straight concert, Lombard noted.

The resulting alchemy between musicians and fans has created a sizzle around the festival, which now attracts 5,000 attendees, a cross-section of area residents and people from up and down the East Coast. It’s been credited with helping launch a cultural renaissance in Lake George Village and the surrounding area.

“We visited music festivals around the world and saw the impact on local communities,” said Lombard. “They are always really great for the local community, bringing things the local crowds might not get. It’s been similar in Lake George. We want to make Lake George a cultural destination.”

NYSCA in the News is our digest of top reads about our grantees across the state.

Your Guide to NY's Must-See Summer Culture is Here!

Summer officially starts in just one week! Have you made your plans?

Across New York State, Fall is a time for discovery in the arts – electric with new seasons, fresh exhibitions, and opening nights.