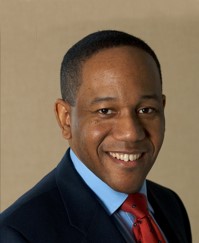 Aaron Flagg's career is about bringing the arts and people together. He does this as a trumpeter, educator, consultant, writer, and non-profit executive.

Aaron hails from Southern California and is part of the inaugural graduating class of the Los Angeles County High School for the Arts. He received his BM and MM degrees from The Juilliard School and received his Doctor of Musical Arts (DMA) degree from the University of Michigan, Ann Arbor.

He has performed with a diverse roster of artists including Tania León, New York Philharmonic, Brookyln Philharmonic, Chamber Music Society of Lincoln Center, Illinois Jacquet Big Band, American Brass Orchestra, Dance Theatre of Harlem, New York Ragtime Orchestra, Roberta Flack, and the New Administration. He has recorded on Atlantic and Heritage Records with artists such as Roberta Flack, Barbara Conrad, and toured throughout the United States, Asia, Brazil, and Europe.

He is Chair and Associate Director of Juilliard Jazz Studies at The Juilliard School where he oversees a Grammy nominated program with Wynton Marsalis that celebrates its 20th year in 2021-2022. Previously, he has served as Dean and Professor of Music at The Hartt School at the University of Hartford, and Executive Director of the Music Conservatory of Westchester. His volunteer works includes serving as an board officer of the League of American Orchestras and treasurer of the Strategic National Arts Alumni Project.

He has served NYSCA as panel chair for music and consulted on the DinO (diversity in orchestra) initiative in addition to working with foundations and arts councils at the national, state, and regional level. He lectures frequently on the arts, arts education and diversity, equity and inclusion work.

He is honored to serve fellow residents of the state of New York to ensure that quality arts programming remain accessible to all.