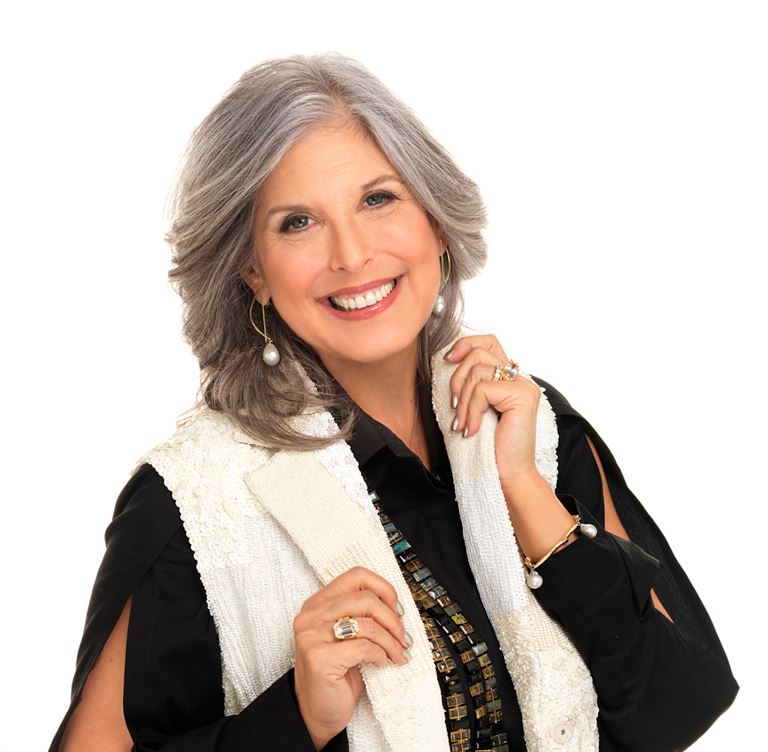 Joan began her career as a professional fundraiser for Harvard University and Columbia Business School before spending 19 years on Wall Street.  Since 2003, Joan combines her love of jewelry and design, business skills and experience with non-profit organizations as Founder and CEO of her philanthropically-driven companies, Joan Hornig Jewelry-Philanthropy is Beautiful® and Pave the Way®.

Both Joan’s designs and social enterprise business model have been honored by non-profits, educational institutions and the media.  She allows customers to designate any charity of their choice to receive 100% of her profit on each piece sold.  Joan’s designs have been shown by The National Jewelry Institute in New York and Paris.  In 2012, the New York Stock Exchange invited Joan to ring the closing bell.  In 2014, Joan was honored by the Fashion Institute of Technology and received the NECO Ellis Island Medal of Honor.  She was also honored, in 2015, by United Cerebral Palsy of New York City. In 2016, Joan received awards from the Museum of Arts and Design and the Women’s Entrepreneurship Day Pioneer Award at the United Nations.

All selected by customers, Joan’s donations have exceeded $1 million and are spread among more than 900 nonprofits worldwide.  She has designed limited edition pieces for UNICEF, HELP USA, ASPCA, The Girl Scouts of America, and other nonprofits.  Her designs are worn by celebrities, business leaders, and government officials including First Ladies Laura Bush and Michelle Obama and Former Secretary of State, Hillary Rodham Clinton.